So, yeah.. I’m Getting Married and All…

I never wanted to get married. 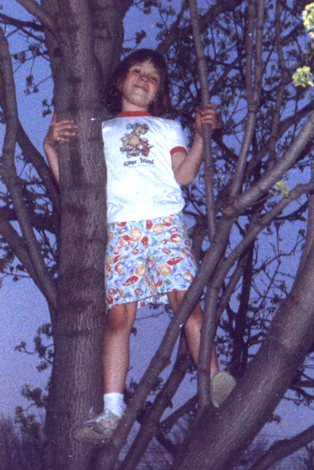 I mean, when I was a kid, I never envisioned a wedding. If you asked me if I wanted to get married one day, I probably would have thrown acorns at you from atop the tree I climbed. Heck, I never even dated until I got out of college. I was always too busy drawing comics, pitching on a softball team, or playing pick-up basketball with the neighborhood fellas. Dating while in school seemed to just be a way to gather MORE baggage. That, and the fact that flirting was a foreign concept to me and most of the guys I ended up liking were already in the “friend zone”, so it was too late to pursue anything. Always the tomboy, never the bride.

But, in 2003, the glorious internet brought Rick to me. Well, to a New Jersey diner, where we met and had a Sunday dinner after chatting online for months. I wondered about that “friend zone”, and if I should attempt flirting (it’s usually not a very pretty sight). Fortunately for my oblivious self, Rick handled everything exactly the way I needed him to.  He romantically swept me off my feet with “Well, I like you, so you’re just gonna have to deal with that.” After several minutes of shock, I delt with it. 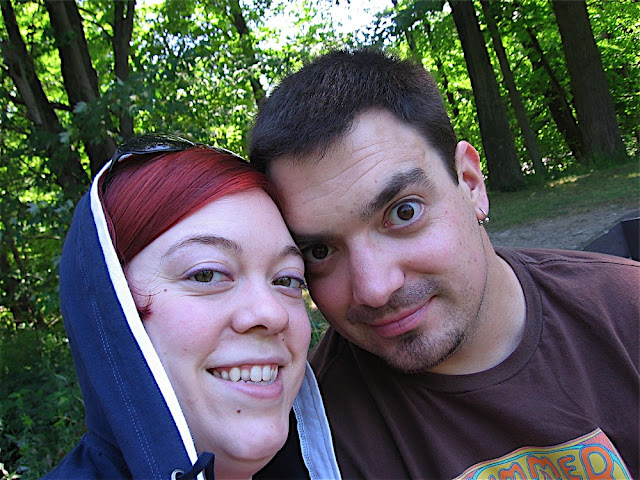 Not that Rick is void of romance. He has his moments. Such as his proposal, 6 years later, on Christmas morning. We’re going through our stockings and I am wondering why he has moved the coffee table away from the couch. Then I am wondering why he is kneeling on the floor. Then I am staring at a ring in a tiny box that was at the bottom of my stocking and flashing back to my tree-climbing, anti-bride years. I felt at home in the trees, on the pitching mound, being “one of the guys”. But now, I feel at home with Rick… a music lover with a touch of geekiness and a vast memory of movie quotes and impressions that can keep me rolling for hours. Best of all, he loves the tomboy side of me just as much as the rest of the package. Which is probably why I feel at home. 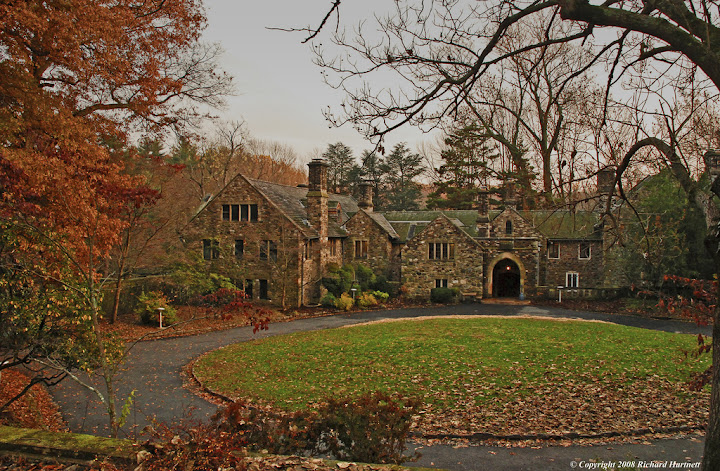 Ridley Creek State Park Mansion, where it'll all go down...

So, November 6th is The Day Dawn Gets Married. No doubt my mother is relieved. The planning process was stressful and somewhat of struggle for “ownership” over the event itself, but also quite the learning experience. I found that even though I do not envision myself as the traditional “princess” bride, having the Big White Wedding… I can reinvent the term “bride” to apply to me, “Artsy Goofy Tomboy Dawn”… and thus create a wedding I can envision myself being apart of. From what the bride wears, to the decorations, to the food, to the music, it’s Dawn & Rick’s Wedding… not a Wedding that happens to feature Dawn & Rick. Decisions we have made may not appeal to everyone’s tastes, as I have learned, but at the end of the day…. two people in love make a commitment to each other, and that’s what it is … what it SHOULD be… all about.

Well, that, and my kick-ass custom Converse chucks I am wearing at the reception. ;0)

Just thought you guys might enjoy that. Thanks for your readership, support, and friendship… this webcomics community has been empowering and fulfilling in ways I never imagined. The internet has truly outdone itself these past 7 years.